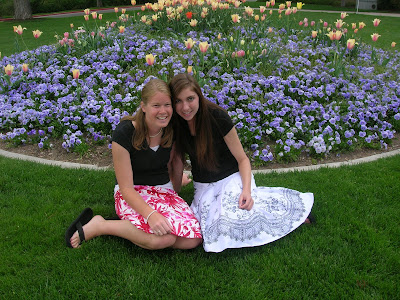 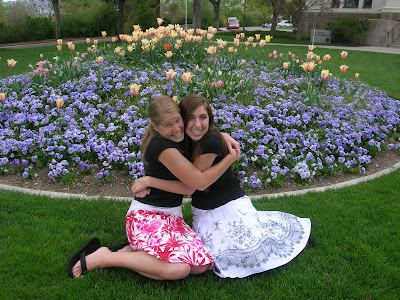 Meet my dear friend, Emily. Emily and I have been friends since our sophomore year of college. We were neighbors in the same apartment complex, and became such good friends that we decided to be roommates the next year. We have been the best of friends ever since. In fact, even after we were both married, we lived in the same apartment complex and enjoyed getting together with our husbands to play games, eat dinner, or just spend time together.

Emily is one of my greatest examples of faith. She graciously agreed to let me write an post about her to share with you. Emily and her husband, Richard, received the devastating news that they would likely never be able to have children of their own. I think you would probably have to experience a similar situation yourself to fully understand what a trial infertility can be. It is hard to wait for something you want so much. It is hard to watch those around you obtain what you want so desperately. But, you would never know the heartbreak Emily and her husband carry around from their actions. They are some of the kindest people on earth.

The best way to illustrate my admiration for Emily is through sharing a story.

Emily and I attended the baby shower of a common friend together. We ate some yummy food, and played a few games before the time arrived to open presents. Our friend sat in the center of a semi circle and began to open her gifts. She received many thoughtful items. After each gift was opened, it was passed around for everyone to admire. Little dresses, shoes, toys, and bottles made their way around the circle. The time came for our friend to open Emily’s gift. Inside the wrapping paper was the most beautiful baby blanket. Made by Emily in a sweet shade of pink. I don’t know how long it took her to crochet that blanket, but I’m certain that she spent more time on her present than I had on mine. I think it would be hard to stitch that blanket, row by row, while wondering when your time will come. Which is why, to me, that blanket stands in my memory as a symbol of selflessness. It takes the most courage to celebrate with someone when you would like to be in their situation.

I feel sad that Emily and Richard have to face such a trial. But I know that someday (hopefully soon) they will make the most wonderful adoptive parents.

To quote Emily herself:

“I can't start my family now or ever the way I wanted and planned to, but because of the times we live in now (as compared to when medical advances weren't as good or adoption wasn't something people did), we can have a family. And I have a wonderful family now with my husband.

So, I am and will try to be the kind that sees signs, that sees miracles. Because nothing is just coincidence. God is over all.”