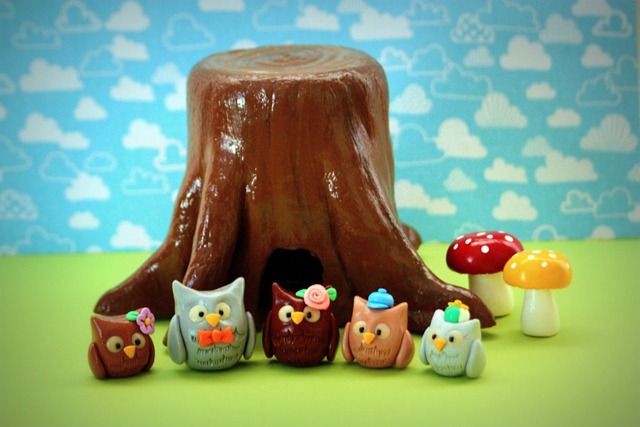 This little project has been in the works for a few days now, and I am SOOO pleased with how it turned out!  I know it sounds really nerdy, but I was just in the mood to sculpt something.
I have always loved sculpting things.  When I was little I was addicted to Play-Dough.  It’s true.  On my first day of kindergarten, I still remember that there was Play-Dough on each students desk right next to their name tag.  We got to spend the first few minutes of class playing quietly with it at our desk.  On the second day, I was distraught to discover that the Play-Dough wasn’t set out like it had been the day before, so I asked my teacher where it was.  I was devastated when she told me that we wouldn’t be playing with Play-Dough again anytime soon.  I had hoped that school was where you went to play with Play-Dough everyday!
I got older and graduated to modeling clay.  My dad still has a few little doggy sculptures that I made for him when I was eight years old.  They sit proudly on his bookshelf at work.
I took a sculpting class in college with my roommate.  I discovered that I really wasn’t as good at sculpting as I thought I was.  Especially when it comes to subtractive sculpting (objects created by removing excess material to reveal a form within, for example: ice sculpture).  Wow, I have SUCH an appreciation for artists who can do that.  But, I still like working with my hands, and playing with clay, just for fun.
So, like I was saying, I was in the mood to sculpt something so I made a little family of fat owls. 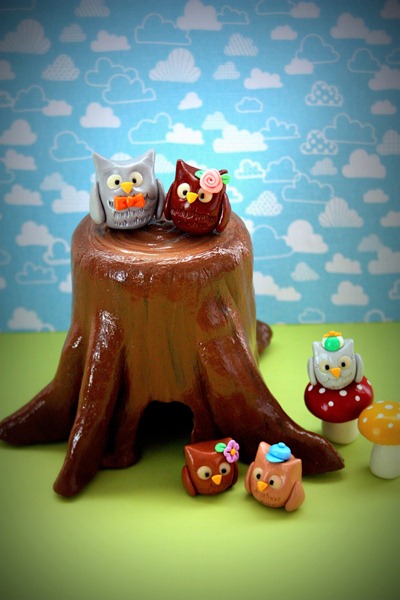 And then the fat owls needed a home, so I sculpted them a cute little stump to live in, and a few mushrooms to sit on.  Spencer reminded me that an owl’s natural habitat is in fact, high above in the trees, not low to the ground in stumps.  I reminded him that stumps are very cute and that this stump has central air and heating and hardwood floors, so of course my fat owls would rather live there than up in some boring ole’ tree. 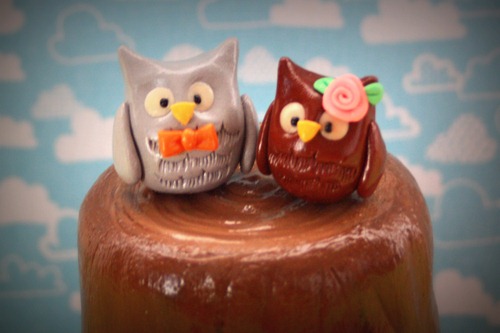 Shoot, I would live in a stump as cute as this one. 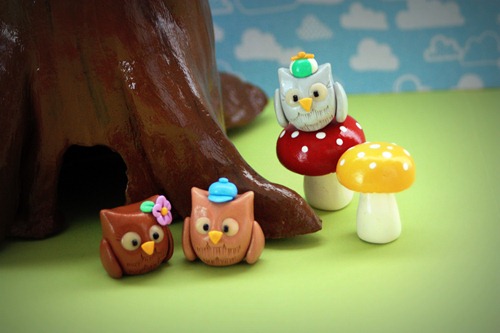 Especially if I could have cute fat owls such as these for roommates.
Posted by Whitney at 7:49 AM